“For me Door County has always been part of my life.”

For several years, Jeff spent his summers at his family’s cabin in Peninsula State Park. In fact, he had the last privately owned property in the park. Later in life, Jeff lived in Door County full time and owned a small business for eight years. After selling the business and moving in 1983, he kept a cottage in Fish Creek and visited as often as possible.

Jeff’s career took him around the country, and after taking a position with World Supply Corp., relocated back to the Chicago area. World Supply was an automotive aftermarket warehouse distributor serving Northern Illinois and southern Wisconsin. WSC merged with General Parts, Inc. in 1991, where Jeff was the Vice President & General Manager. General Parts sold wholesale and retail under the banner of CARQUEST.

Jeff went on to become the President of the Midwest Region encompassing eight warehouse locations in 20 states. He was subsequently promoted to Vice President, Market Development nationally out of the corporate office in Raleigh, NC. He led the merger and acquisitions team nationally working on hundreds of acquisitions and bringing the store count to over 3,000 outlets.

General Parts was an employee-owned company with over 27,000 employees and was acquired by Advance Auto Parts in 2013 by a publicly NYSE company. At that time, Jeff retired and opened an automotive aftermarket consulting company and subsequently accepted the President position of a client, Kinetic Fuel Technology for four years. Since that time, he has continued working on various merger and acquisition opportunities.

Companies in this sector distribute nondurable or durable goods, typically specializing by product category. The wholesale distribution industry in the US includes about 415,000 establishments (single-location companies and units of multi-location companies) with combined annual sales of about $7.8 trillion.

Retail is a for-profit industry in the service sector that employs multiple distribution channels to sell consumer goods to the public in relatively small quantities.

After recently completing the purchase of our new property I can say without hesitation, it would never have been possible without the assistance of John Foster. John was professional, patient, courteous & accommo…

We will have to celebrate in style soon, but in the meantime I wanted to take a moment to thank you for the tremendous amount of work and creativity you brought to the table. And also for keeping me from jumping off t…

We worked with Gary Van Sistine of Creative Business Services. Gary helped us complete all the details and we closed the sale successfully! Also I asked Gary to look for additional units for sale. Thanks, Gary! Good J… Debt versus equity in financing
There are two primary ways to finance a company: debt and equity. Nearly every individual is familiar with debt, whether from student loans, credit cards or mortgages. Debt describes a sum of money bo
Read More

The Importance of Building Trust with Buyers
When people get ready to sell their businesses, there is a natural inclination to talk up their business to make it seem attractive in the eyes of the buyers. Whether a seller has been preparing to se
Read More

What Should Be Considered During a Valuation?
It should come as no surprise that when it comes to getting a business ready for sale, accurate financials are key. At Creative Business Services/CBS-Global, we recommend at least five years of financ
Read More 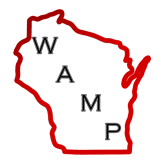 Discounted Cash Flow Analysis is a widely accepted valuation method used to estimate the value of an investment based on its future (projected) cash flows.

Based on the historic financial performance, the financial, market and economic analysis, the industry analysis, and input from management, Detailed Financial Projections are prepared.

Industry Analysis – A review of the industry specific to the assignment is performed as of the date of the valuation and considered during the valuation process in accordance with IRS Revenue Ruling 59-60.

Financial, Market and Economic Analysis – A review of the financial, market and economic conditions is performed as of the date of the valuation and considered during the valuation process in accordance with IRS Revenue Ruling 59-60.

A detailed Explanation of Value Conclusion is included in the report.

Certified Report indicates that the valuation has been performed and its report has been prepared in conformity with the Uniform Standards of Professional Appraisal Practice (USPAP) by an accredited appraiser.

A valuation Method is a specific way to determine value.